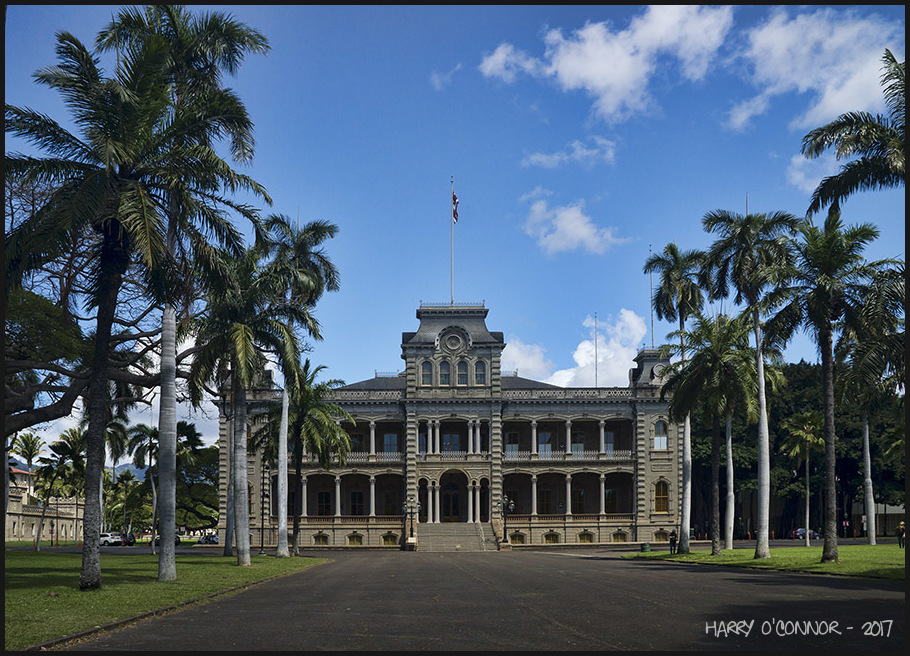 Previous Next
← previous day next day →

Posted by Harry (Apex, NC, United States) on 6 May 2017 in Lifestyle & Culture and Portfolio.

Queen Liliuokalani was the last monarch of Hawaii. This sad tale of her reign is from Wikipedia:
Liliʻuokalani became monarch on January 29, 1891, after her brother's death. During her reign, she attempted to draft a new constitution which would restore the power of the monarchy and the voting rights of the economically disenfranchised. Threatened by her attempts to abrogate the Bayonet Constitution, pro-American elements in Hawaii overthrew the monarchy on January 17, 1893. The overthrow was backed by the landing of U.S. Marines under John L. Stevens, which rendered the monarchy unable to protect itself. After the failed 1895 Wilcox Rebellion, the government of the Republic of Hawaii placed the former Queen under house arrest at the ʻIolani Palace. Attempts were made to restore the monarchy and oppose annexation to United States, but with the outbreak of the Spanish–American War, the United States annexed the Republic of Hawaii. Living out the remainder of her later life as a private citizen, Liliʻuokalani died at her residence Washington Place in Honolulu on November 11, 1917.

Welcome to all. I began blogging Retained-Images in 2004 at My-Expressions.com. It is gone now.

A great building with a great history.

She has witnessed a lot of changes, a very nice shot of this historical building.

Is a classic looking building. It's too bad and the history of the place isn't better. This is a very interesting story.

jean pierre a from France

A wonderful image of this palace. I found your information on the Queen of Hawaii very interesting. I never knew Hawaii ever had a monarch.

Sad history, but not uncommon throughout history. The powerful always get what they want. Anyhow, nice photo of the palace.

A symmetrical building such as this one works well centered and framed by the trees. Thanks for including the history of the US's colonizing acts.