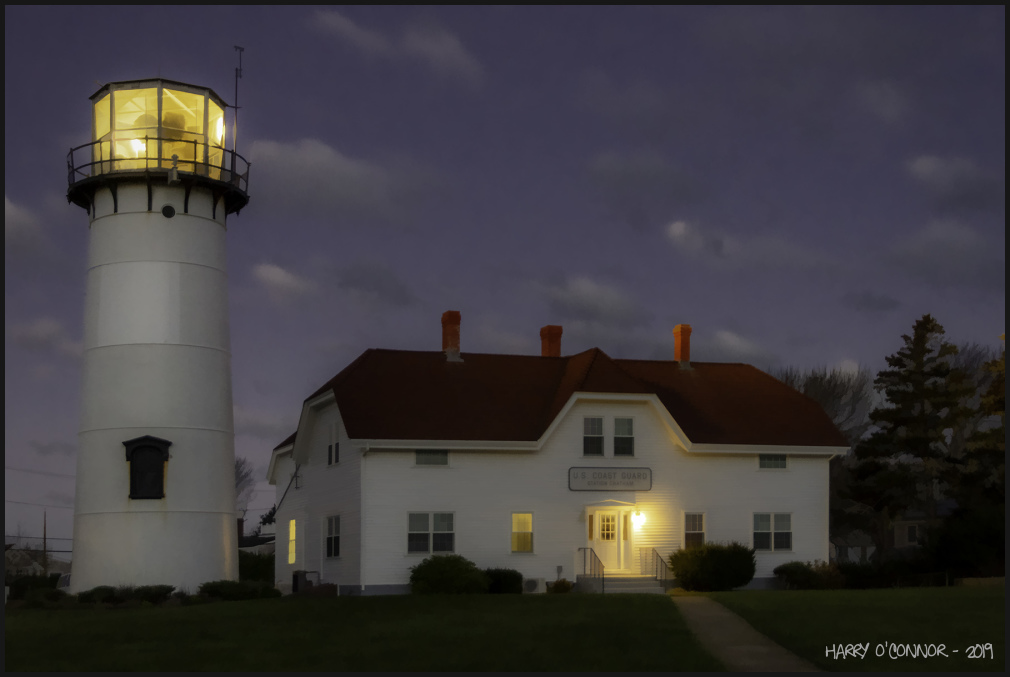 Previous Next
← previous day next day →

We photographed this lighthouse at first light, before the beach shots I have been posting. Since we started before sunrise and stayed in essentially one spot for half an hour, I had many takes to sort through to pick which one to proceed with. This is a three shot HDR merge taken about 20 minutes after the sun breached the horizon.

According to Wikipedia:
Chatham Lighthouse, known as Twin Lights prior to 1923, is a lighthouse in Chatham, Massachusetts, near the "elbow" of Cape Cod. The original station, close to the shore, was built in 1808 with two wooden towers that were replaced in 1841 in spite of questions as to why a single tower would not be adequate.

Welcome to all. I began blogging Retained-Images in 2004 at My-Expressions.com. It is gone now.

Lovely lighthouse and light around. Nice composition too
https://by-marie.fr

Beautiful light top there and through the doorway down too!

Beautifully done with the soft colour

@Martine Girard: thank you for your visit and comment. i have visited your site, and tried to comment, but I do not participate in Captcha verification

This is a gorgeous composition. The light is beautiful.

HDR and the time of day worked really well for this image. Dark enough to allow the lights to shine and light enough to see the structure.

it's such a pretty lighthouse